See the Babe – See the salvation: Reminder from Bethlehem!!

Infinite and an infant … Eternal, and yet born of a mortal: it’s the First Christmas – Bethlehem.

326 years after, St. Helena, the mother of Emperor Constantine, ordered the construction of a church on top of a cave, believed to be the exact spot of the birthplace of Jesus Christ in Bethlehem, whose name literally means "House of Meat".

Since that time, the Church of the Nativity in Bethlehem is considered, worldwide, to be one of the oldest churches that are continuously in service. Today’s church large fortress-like exterior stands as a testament to its turbulent history: for centuries, it was one of the most fought over holy places.

A fire destroyed the Costantinian church, and in 530 Emperor Justinian built the current basilica.

In 614 the Moors invaded and razed Bethlehem, but the church was saved…

During the invasion of the Crusaders, the Basilica knew a time when the interior was redecorated. However, it deteriorated during the occupation of the Mamelukes and Ottomans.

Today when getting closer to the compound, we see the facade of the Church of Nativity encircled by the high walls of the three convents: the Franciscan on the northeast side, the Greek Orthodox and the Armenian Orthodox, on the southeast side. These 3 churches, since 1852 are in charge of the custody of the Basilica.

In the school of the Spirit man learns wisdom through humbleness; it is even believed that the gate of Heaven is very low; so only the humble can enter it.

Humility: is the first value we encounter at the entrance to the famous church in Bethlehem!!

“The Door of Humility”, is the small rectangular entrance to the church. It forces even the most important visitor to dismount from arrogance, bend over while entering the holy place.

The basilica itself is a rectangular building with three circular apses that give the shape of a cross. Unlike the austere exterior thick walled, the interior was adorned with Frescoes and mosaics, marble columns… this early Christian basilica wanted to be associated to the image of ideal Christian with a somber plain exterior and a glowing beautiful soul within.

When we go deeper within the space, we encounter the undoubtedly most important element of the church: it is the Grotto of the Nativity, located behind the altar and is in charge of the Orthodox Church nowadays. Some semicircular stairs give way to a narrow passage….

In the cave that has been honored as the exact site of Christ’s birth since at least the 2nd century, we distinguish a 14-pointed Silver Star set into the marble floor, marking the very spot where Christ is believed to have been born. Respectfully, one can read the following Latin inscription: (Hic Virgine Maria Jesus Christus natus est.) = (Here of the Virgin Mary Jesus Christ was born).

This Star of Bethlehem in the crypt under the Church of Nativity is lit by fifteen silver lamps representing different Christian communities.

From this holy spot, where many witnessed the birth of the light to the world, a reminder reappear: that all Christian communities become reflectors of that light. So the world sees God in us and through us and proclaims: I See the Babe - I see the Salvation. 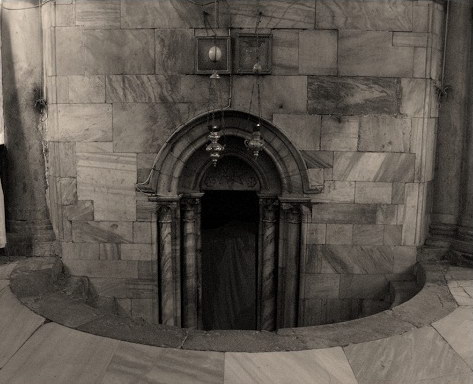 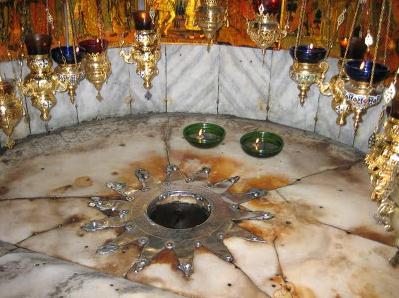 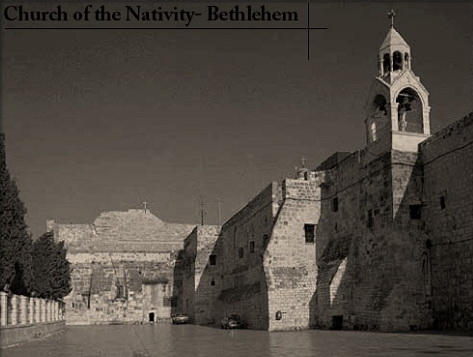 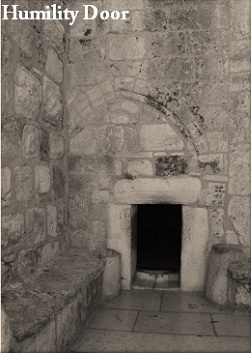 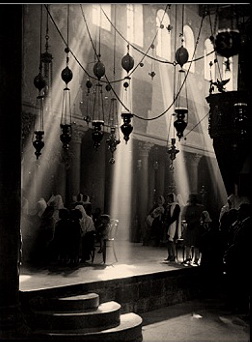