The terra firma of the beginnings: tracking the footsteps of St Maroon.

Nowadays, areas leading to the Northern Syrian villages in between the Afrin River valley and Aleppo, seem more than ever rightly described as «dead cities» …However, we’ll try to find traces of a life that no war or persecution is able to abolish.

Following the guiding lines of Theodoret, Bishop of Cyrrhus, drawn in his Historia Religiosa we’ll try to track the footsteps of Saint Maroon.

This saint left public life and lead an existence of a hermit at the top of a mountain in the northwestern city of Aleppo; and from his start near hermit Zabinas to Kefr Nabo around 35 kms: it is indeed a small distance to a wide path that will start from this spot in Kourat Halab (Aleppo), then Antioch, the Levant, to reach the whole world. It is a path of worship and devotion to God, a life of virtues and faith that the patron saint of the Maronite Church displayed.

Road to Kefr Nabo takes us to the first Maronite church dating back to 398 AD  built by the hands of the Syriac hermit himself when he decided to convert a deserted pagan temple into a place of Christian worship.

Kefr Nabo church was a basilica, simple and with minimum decorative approaches; nowadays, its remains tell us that with its 27.3 meters long and 16 meters wide, it was one of the largest churches in North Syria.

A round Bema (pulpit) that was discovered in the western side of the church had a medium size and settled in the middle of the central nave.

A row of 7 arches set atop Ionic columns separated its 3 aisles.

And a cross with equal sides was centered in the crown of the columns within a circle. Each arch is made of 7 «Vanes» excluding the base.

Here it’s important to note that this repetition of number «7» has its religious indication and symbolizes perfection, and sanctity;  for God created the universe in six days and rested on the seventh day, Heavens are 7, and Wisdom built its home and sculpted its seven columns(Proverbs chapter 9).…

Today, the awe of the place and its enduring rocks still witness the great skill of Saint Maroon in transforming the stony hearts of many to human ones filled with faith and charity. And because of his immense blessing in curing not only infirmities of the body, but also the scars of the soul: Kefr Nabo attracted everyone from every side.

Theodoret  wrote  that “ One could see fevers extinguished by the dew of his blessing, shivering quieted demons put to flight, and varied diseases of every kind cured by a single remedy….” thus the prayer of the saint proved to be a common antidote for every distress.

But so that we might learn the weakness of our nature, the saint himself underwent a short illness after which he departed from earthly life to be born in heaven in the year 410 AD.

A bitter conflict over his body arose between his neighboring towns and villages that almost fought for housing his tomb; but according to Theodoret, it seems that St.Maroun’s body was eventually ended buried in Brad, in a small chapel added to an existing large church.

So «Brad»: became the place where the precious sarcophagus of Saint Maroon was kept. Accounts circulated about inhabitants of the region accustomed to honoring Him in a popular festival.

On the other hand, the large church of Brad : Julianos Basilica, was built just a few years before the death of St. Maroon; it is named after one of the two architects (Julianos and Daniel) who are mentioned in an inscription found on the keystone of an arch. The church was built on the site of a previous temple and it is possible that some decorative elements of that building were re-utilized.  The basilica which is a large rectangular hall divided into three naves by columns with an apse at its end is similar to other monuments of the region. It was built by carefully placing together cut stones, without the use of bricks or mortar.

Since it is possible that Brad had become a pilgrimage site, a second large church was built in 561 AD directly to the north of Julianos basilica and the tomb of St. Maroon.

Now, it is believed that the Saint's skull was transported later on by the Saint's disciples to Apamea in Syria where they built the famous Saint Maron Monastery or "Beit Maroon" around the year 452 AD. However, after many harassing raids, Patriarch Istephan Duwayhi in his book T'arikh al-Azmina tells us that when Patriarch Youhanna  Maron, the first Maronite Patriarch, settled in Kfarhay, in the Batroun region of Lebanon at the beginning of the 8th century: “ he built an altar and a monastery after Saint Maron's name and put Saint Maron's skull inside the altar … This is why the Monastery is called "Rish Mro" Syriac for Maroon's head.

Anyhow, when St. Maroon passed away he was certainly unaware of having founded a monastic order, and being modeled as a father to a large community that flourishes today in a people named after him-- the Maronites!!! but deep down the saint must have known that from his shelter and his approach to asceticism he’ll succeed to reflect the light of the Holy Spirit and perpetuate the lord’s call for closing the chapter of paganism and heresy  …. Thus his mode in seeking the lord’s way was adopted from Kefr Nabo to the whole world, and his poverty turned to riches, and his hunger to a feast. 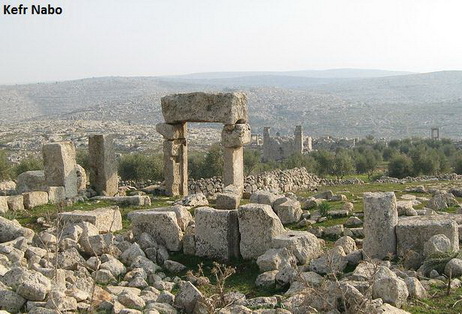 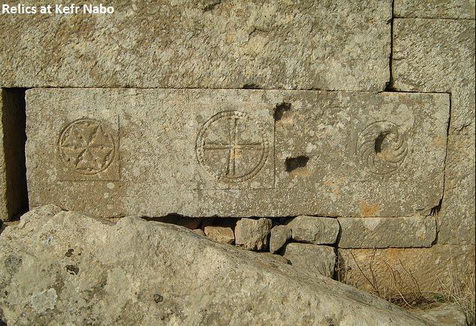 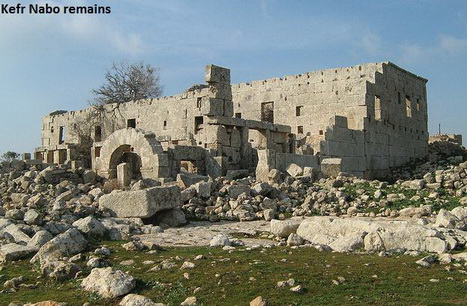 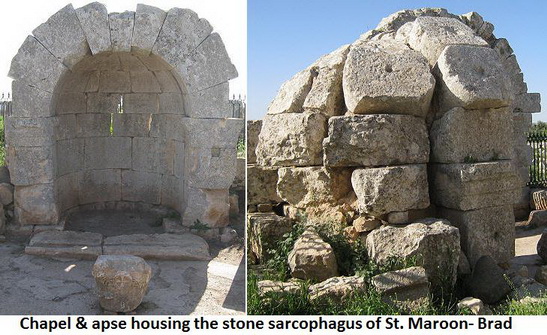 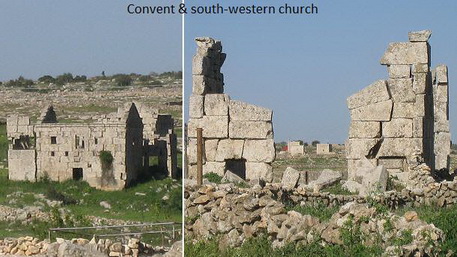 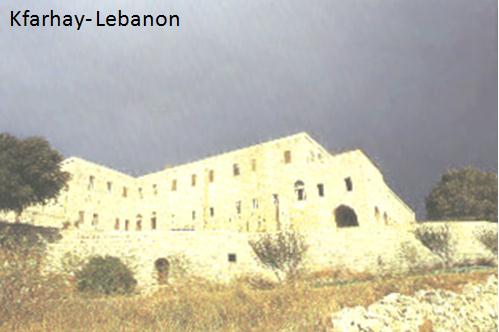